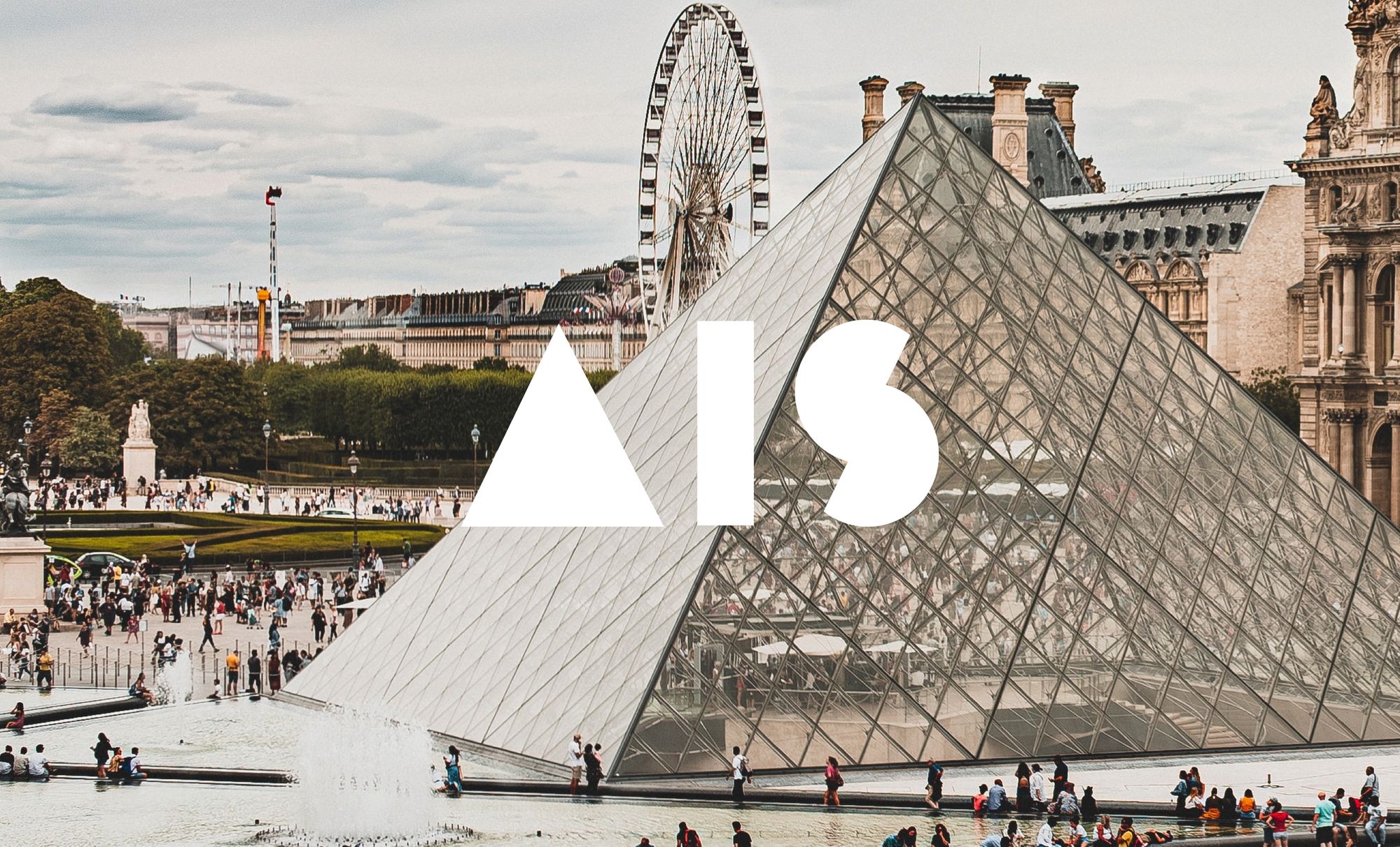 Arteïa is a technology company deeply rooted in the Art Market. This rather unique position means that we look at the Art World and ask ourselves how we can use technological solutions to make it better for all its actors. The problem of information fragmentation and the related issue of trust are two of the biggest challenges that stares back at us (read more about how we view the state of the Art Market here). The personal, cultural or financial value of an artwork is strictly tied to the story behind it. Thus, provenance and the answer to the question of authenticity of an object are two particularly  valuable pieces of information. The lack and difficulty of obtaining them, makes transactions more expensive, risky and sometimes stand in their way altogether. As many other Art & Tech companies, back in 2017 with great enthusiasm, we turned to blockchain technology for the solution.

Then, at the Deloitte’s 11th Art & Finance Conference held in Luxembourg in October 2018, we witnessed how start-ups emerge, claiming they had a unique technical solution that would definitely resolve art provenance issues and, that by some magic, the whole art ecosystem would accept them and willingly populate these blockchain solutions with all known provenance records to build upon them the future of the art world. Obviously, all those solutions relied heavily on crypto tokens. This opportunistic avalanche of provenance related crypto initiatives in the years 2016-2019 showed us that we were heading into a multiple silos’ provenance landscape…

During the following years, reflecting on that wave of unrealised promises, building software as well as talking with friends and art business partners we learnt many valuable lessons. Two points stand out in this context.

First, technology can only be a part of the solution. Blockchain by itself won’t solve the provenance challenge. What one can do is build tools that help artists and art market professionals gather and share information in a more sustainable and efficient way. Not by daydreaming about delegating trust entirely to a particular technological solution, but by giving art market actors the instruments that would lower the effort needed to reach the level of trust sufficient for a transaction, be it buying, selling, lending, writing about it or transporting an artwork.

Second, if data fragmentation is part of the problem, one would not solve it with a multitude of competing solutions, each set up to benefit the particular technology company that devised it. This of course leads to more fragmentation. What is needed is an industry wide effort to set up a standard that doesn’t favour any player and can be built upon by any one. We consequently started envisaging something much simpler – a mechanism  that would uniquely identify an artwork. Having such an entity assigned to a specific object would ensure that different actors talk about the same item.

Early 2019, we began to advocate for a joint effort to tackle the provenance challenge as an industry. Soon we were joined by other companies and organisations in the art market. Upon further considerations, our partners and we have agreed that a basic building block that is missing in the art world and a key to the provenance challenge is a unique, standardised identifier that could be permanently assigned to a given artwork. Thus through collaboration and collective action the Art Identification Standard (AIS) consortium was formed and officially launched in January 2020. Now, with 25 members and counting, four months after AIS was first introduced to the public, we are ready to dive deeper into what AIS should be and deliver. Here we want to give Arteïa’s perspective on those matters.

First, let us look at well fledged examples of identifier standards and some of the organisational principles that govern them or facilitate similar collaborative efforts. We will start with three successfully implemented ID schemes.

One ID standard that is used around the world is the International Standard Book Number (ISBN). It is a unique, 13 digit identifier with an associated machine readable barcode, that is assigned to each separate edition and variation (except reprintings) of a publication such as a paperback book or an e-book. It can be separated into its parts, a prefix element, a registration group element, a registrant element, a publication element and a check digit. ISBN is governed by the International ISBN Agency (https://www.isbn-international.org/). The registration group element is country, territory or country group specific. The registrant element is assigned to publishers by ISBN agencies in that country/territory. Finally, the publication element is assigned to an example book edition by the publisher. Therefore, there is a three tier structure to the ISBN. The first tier designs and governs the standard whereas the other two tiers, are in a hierarchical way assigning parts of the id which not only identifies the publication, but also the publisher and the national agency.  It is worthwhile to read the benefits of the book identifier the International ISBN Agency lists on their website. Most of these benefits can be claimed by a suitable artwork identification standard. ISBN is specified by the ISO 2108:2017 standard of the International Organization for Standardization.

Another great example of an identifier is the Digital Object Identifier aka DOI, governed by the International DOI Foundation (IDF) and standardised under ISO 26324. As stated on their website,  “the DOI system provides a technical and social infrastructure for the registration and use of persistent interoperable identifiers, called DOIs, for use on digital networks”. In practice, DOIs are widely used for academic, governmental and professional documents. They are not only meant to be unique and persistent, as is the case for the ISBN, but also resolvable, which means that the identifier can be used to access associated metadata, for example an url address under which the object can be found. The structure of the organisation is roughly the same as for the ISBN, with three tiers; the IDF, the registration agencies and the registrants. As there are different kinds of digital objects, often separate registration agencies deal with them accordingly. For example EIDR governs a universal unique identifier for movie and television assets, whereas Crossref manages research output. For a great overview of the DOI system read the IDF’s introductory material.

As the third example, we want to bring attention to the Open Researcher and Contributor ID (ORCID), a unique, persistent and resolvable identifier owned and controlled by researchers and research contributors. ORCID IDs are a subset of the International Standard Name Identifier (ISNI) and are compatible with ISO 27729. No information about a person is encoded in the ORCID ID. The identifiers were designed to be usable in situations where personally-identifiable information should not or can not be shared. They are a big success in the research community with more than 7 million ORCID IDs issued to date. ORCID solves the problem of ambiguity of human names. Interestingly, its parent standard, ISNI includes artists as possible ID recipients. The structure of those organisations is quite similar to the ones we already learned about - an international governing entity gathers institutional members that give out IDs to their owners, who in this case are the ones being associated with an identifier. Sometimes the registration agency compiles its own database of ISNI identifiers augmented with additional metadata and capabilities. An example of that is Quansic, which focuses on performers, songwriters, actors and film directors.

We see that IDs used in different sectors of the industry are meant to be unique, persistent, and sometimes resolvable. How the organisations associated with a given IDs are structured is part of the solution to the problem of assigning unique IDs in a sustainable and efficient manner. The ID can but doesn’t have to encode information about the object or person it is associated with and this depends on how the ID is meant to be used.

How to organise collaboration

Now, we shall very briefly discuss some of the axioms and principles guiding standardisation organizations. What arises are matters of governance, membership, access to information, intellectual property rights and the overall vision. This is a broad field so we will tap only in some of those.

Established in 1947, the International Organization for Standardization (ISP) is in itself a standard for a standardisation organization. It is therefore worth mentioning that it is non-governmental, independent, a non-profit, with a clearly defined purpose of making International Standards which encourages a common understanding and cooperation with all stakeholders. Notably, some ISO standards are not free of charge to examine or learn from.

The World Wide Web Consortium (W3C), established in 1994 is a more modern example. As the main international standards organisation for the World Wide Web, its mission is to “lead the World Wide Web to its full potential by developing protocols and guidelines that ensure the long-term growth of the Web”. It emphasises a consensus based process. In 2012, it adopted the Modern Paradigm for Standards formulated by OpenStand, which we strongly recommend to read. Members of the W3C pay membership fees adjusted based on their country, revenues and status. The main benefit is that they have access to software and documentation produced by the consortium prior to release of such software and documentation to non-members, those can however be incorporated into the members’ products only after such a release. The membership agreement protects the intellectual property rights associated with the work of the consortium by placing them in the hands of the “Hosts” (Massachusetts Institute of Technology, the European Research Consortium for Informatics and Mathematics, Keio University and Beihang University), which in turn grant the members licence to (almost) freely use the developed software and documentation. Notably, W3C is working on a standard for Decentralised Identifiers (DIDs).

Let us mention two final examples we feel can be  inspiring when designing the prerogatives for AIS. One is the OpenID Foundation, a non-profit international standardisation organisation of individuals and companies committed to enabling, promoting and protecting OpenID technologies. It aims to make its specifications freely implementable and to this end the members sign a non-assertion agreement. The other one is the Sovrin Foundation, a private sector nonprofit institution, whose mission is to “create the Internet’s long-missing identity layer and provide a global public utility for digital identity to people, organizations, and things”. The way Sovrin wants to realise its vision is by using blockchain technologies with the above mentioned decentralised identifiers. For this reason their technological solutions and governance framework are well worth studying.

In the second part of this article we will examine how artworks are different from books or movies, and, based on the lessons learned by examining the above solutions, we will propose the principles that the AIS should in our opinion embrace and the properties the artwork identifier should have. 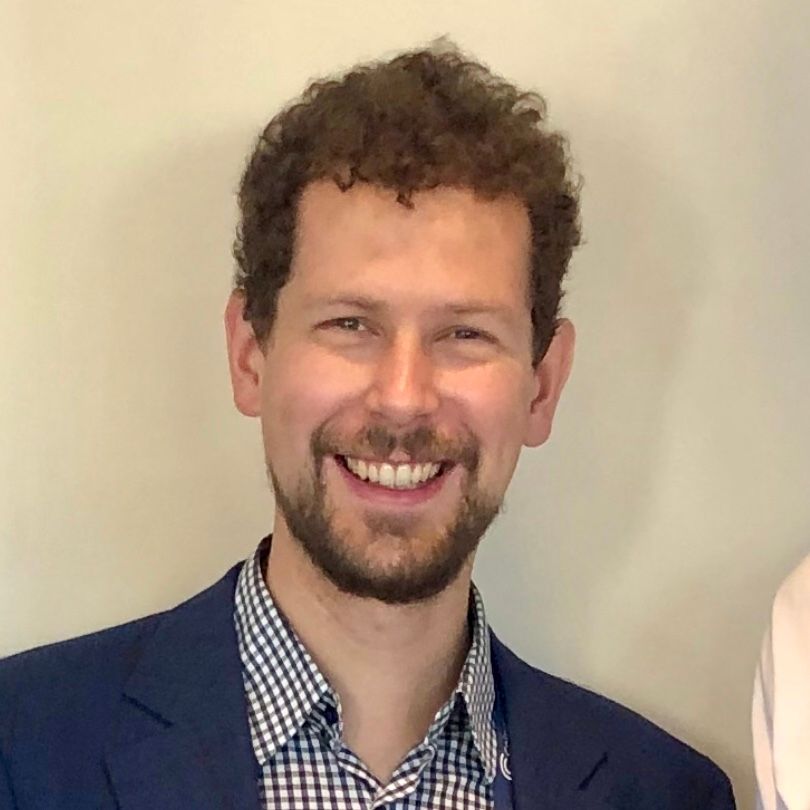 Piotr is a theoretical physicist turned data scientist. At Arteïa he is primarily responsible for the development of data based, machine learning solutions.

Enter your email below to join our newsletter